To clearly recognize the commands from hosts' voice is important for a smart-home device, especially a smart speaker which plays music at the same time, and when talking to people on Internet, the capability of echo cancellation allows smooth communications. Both functions rely on the high quality of receiving path through microphone. The quality will be significantly impacted if the vibrations of the device's walls and/or components that are conducted from working speaker to microphones. We can build the simulation model to predict the situation then give solutions to prevent it in early design stage. Figure 1 shows a smart speaker which designs with four array microphones. 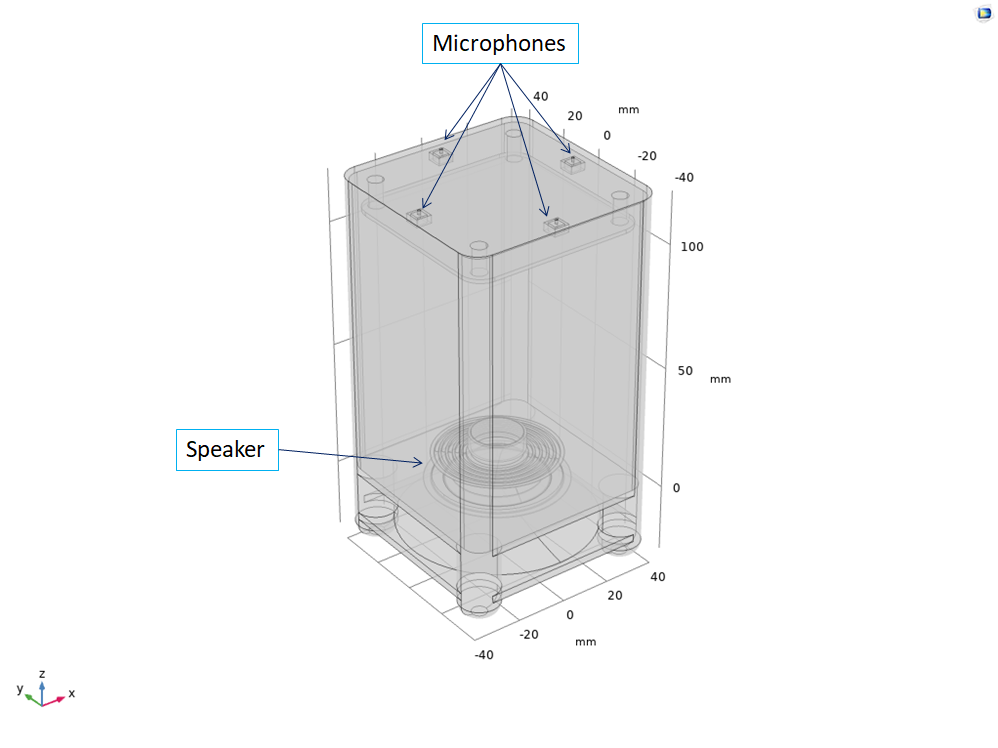 The simulation results indicate that there are significant vibrations at 71Hz which will impact the receiving quality of the microphones. Figure 2 shows the initial result of simulation (the area of red color has highest displacements (vibrations) and blue is opposite.

There are two solutions KS suggests to deal with the situation. First one is to directly modify the plastic walls to stiffer materials. The example here is to use ABSPC to replace the original ABS for all devices' plastic walls. Figure 3 shows the simulation results, the vibrations are efficiently suppressed. 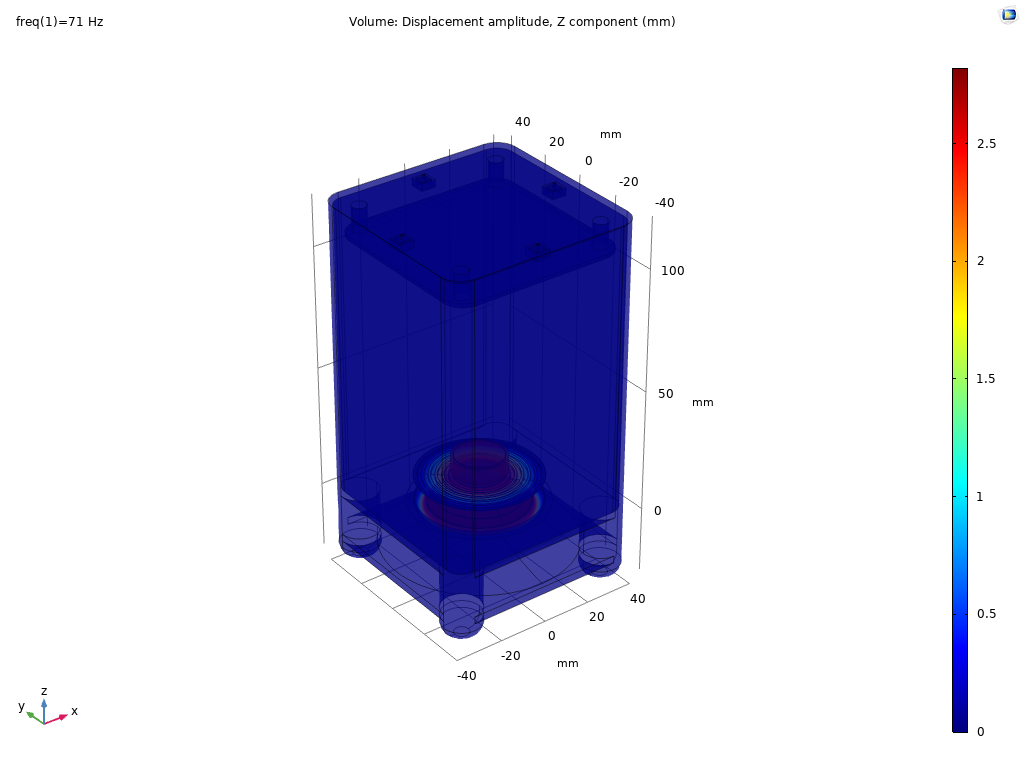 Figure 3 the simulation results show the vibrations are efficiently suppressed

Another solution is to add ribs for strengthening the stiffness of the walls. Figure 4 shows where the ribs are added. 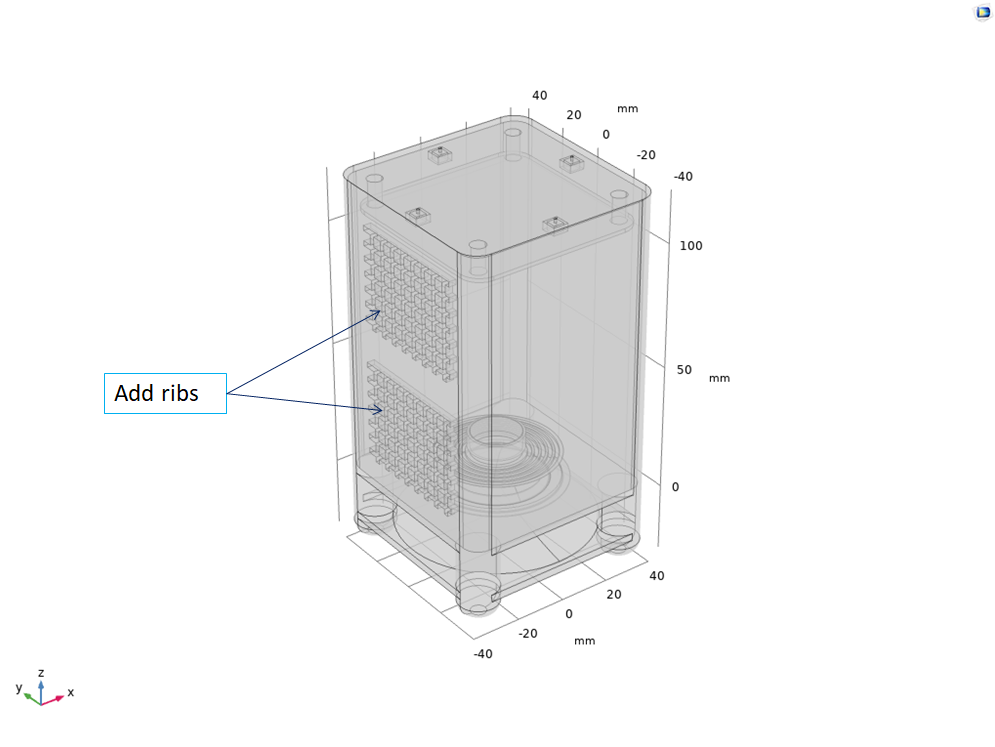 Figure 4 shows where the ribs are added

Simulating the model after adding the ribs, the result which shows on figure 5 indicates the vibrations are suppressed and not able to conduct to the microphones. Using proper tools to predict the designing issues and solve them as early as possible during the development can save times and costs, so strengthen the abilities of competitions. 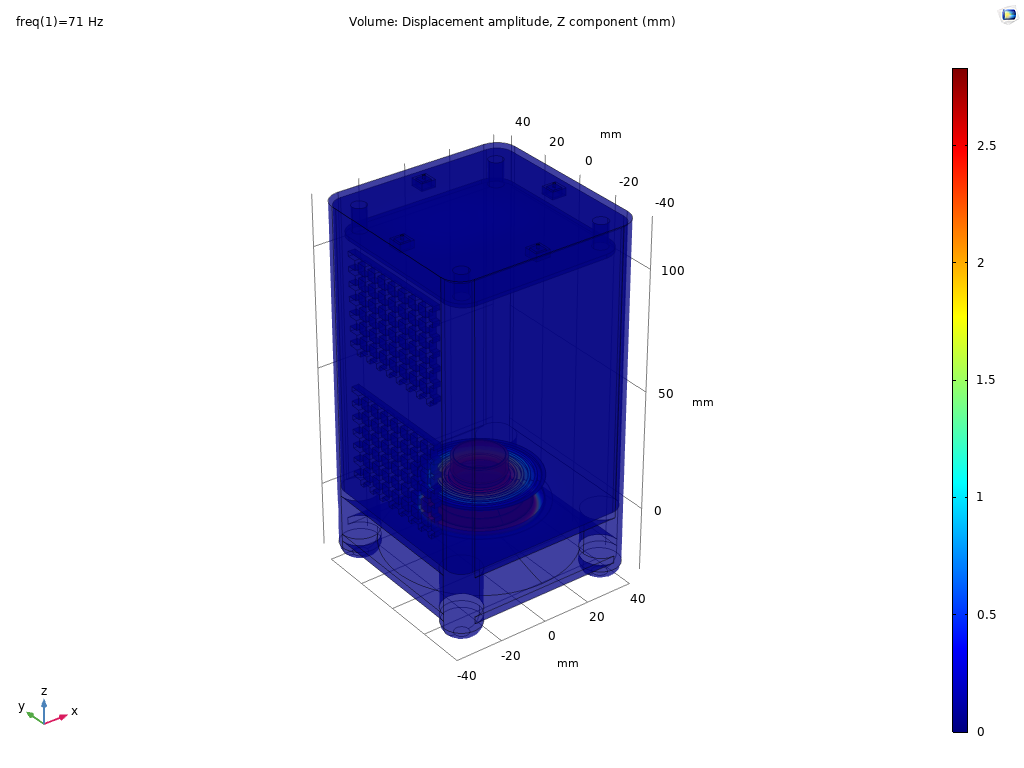 Figure 5  the simulation results after adding the ribs
CHECK NEXT: 1.6 Sound reflections