The most of the acoustic designs for consumer electronics such as laptop, tablet, A.I.O. system … etc. usually have limitations of box geometry and an optimized position for speakers to place on the box. The problems here are the improper geometry of box and the limited position to place the speaker which will induce standing wave inside the box then causing a glitch or disturbance on frequency response at specific frequency. That leads to an unwanted downgrade on sound quality. The issues can be predicted once the 3D drawing of box and selected speaker with defined position are defined. 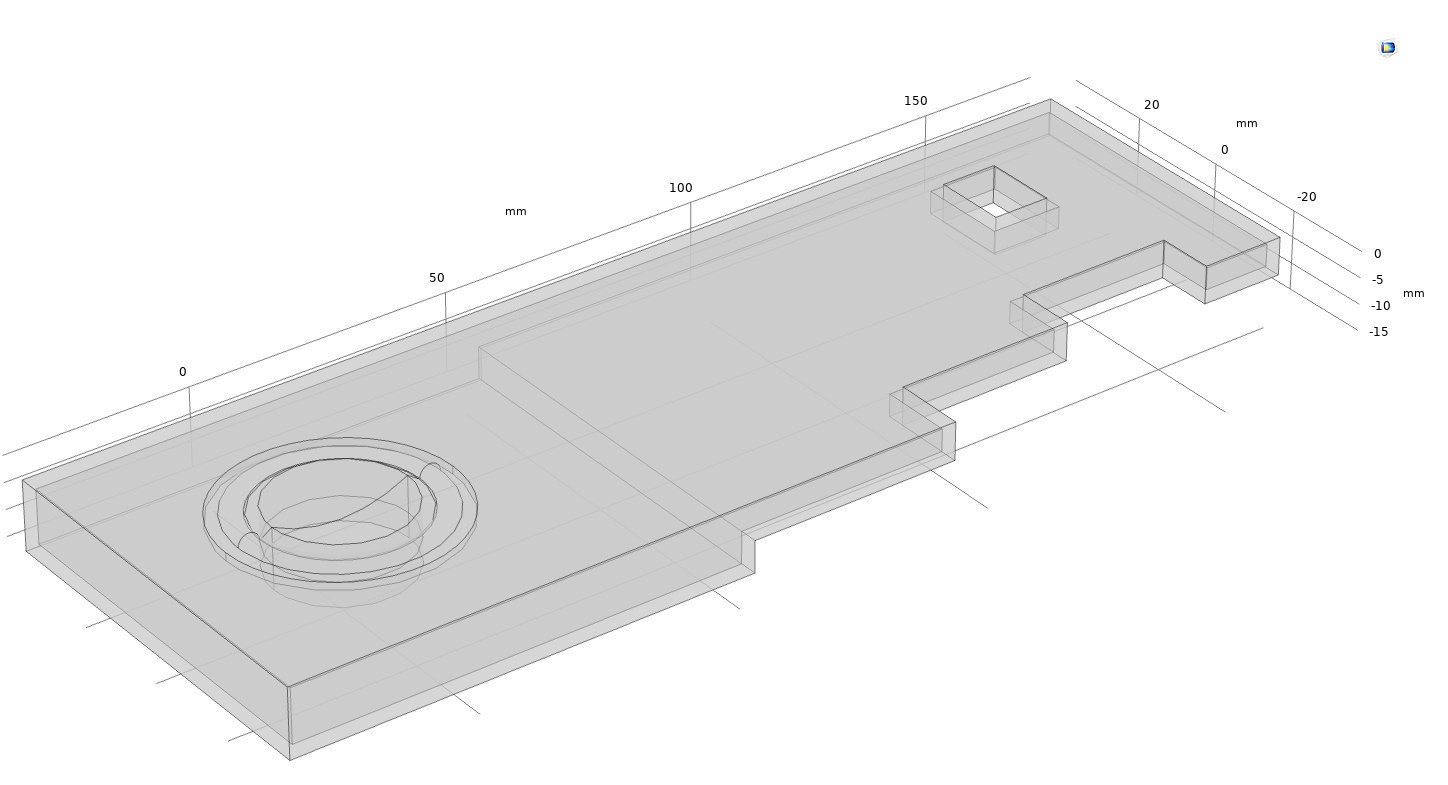 The box geometry which design to avoid interfering other components and the position of speaker is limited as well. 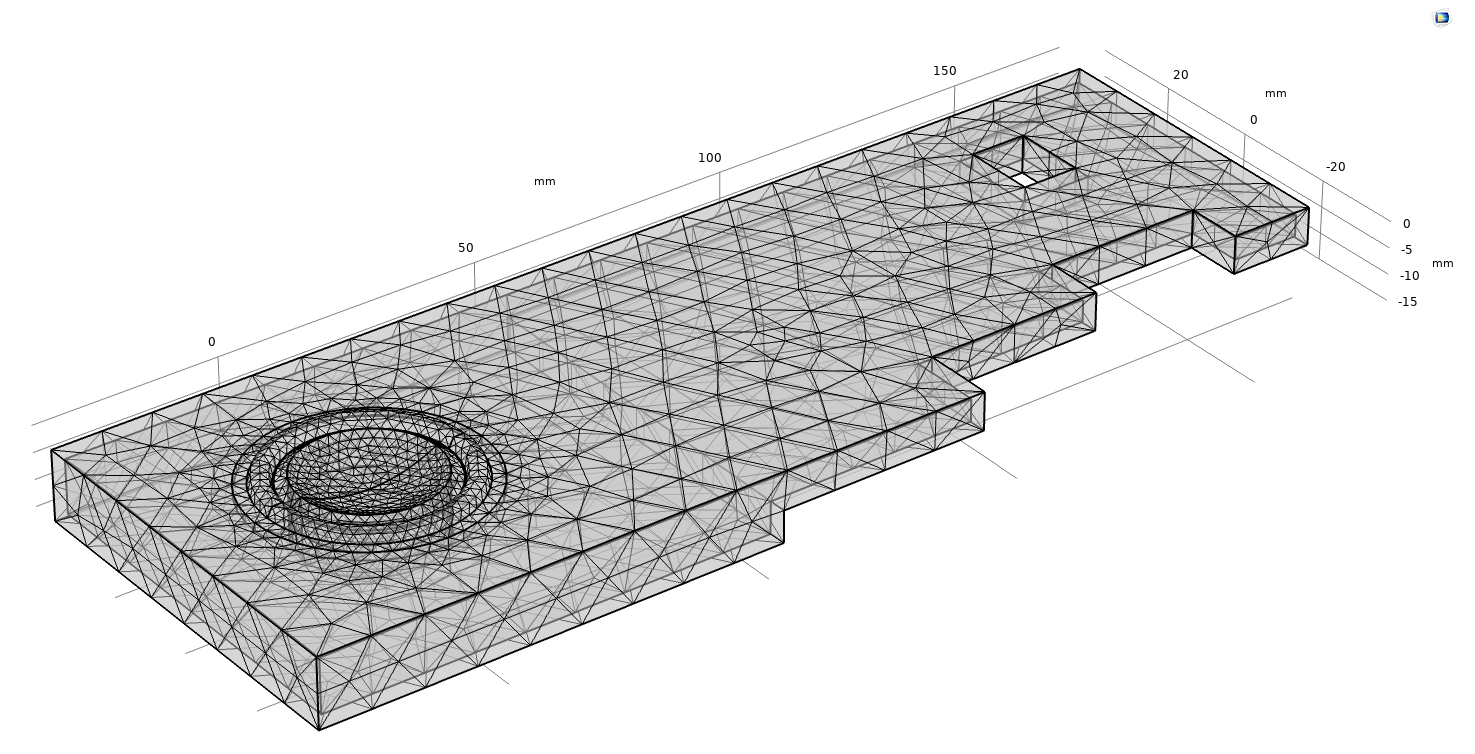 Building the simulation model to predict the frequency response of the speaker assembled on the box. 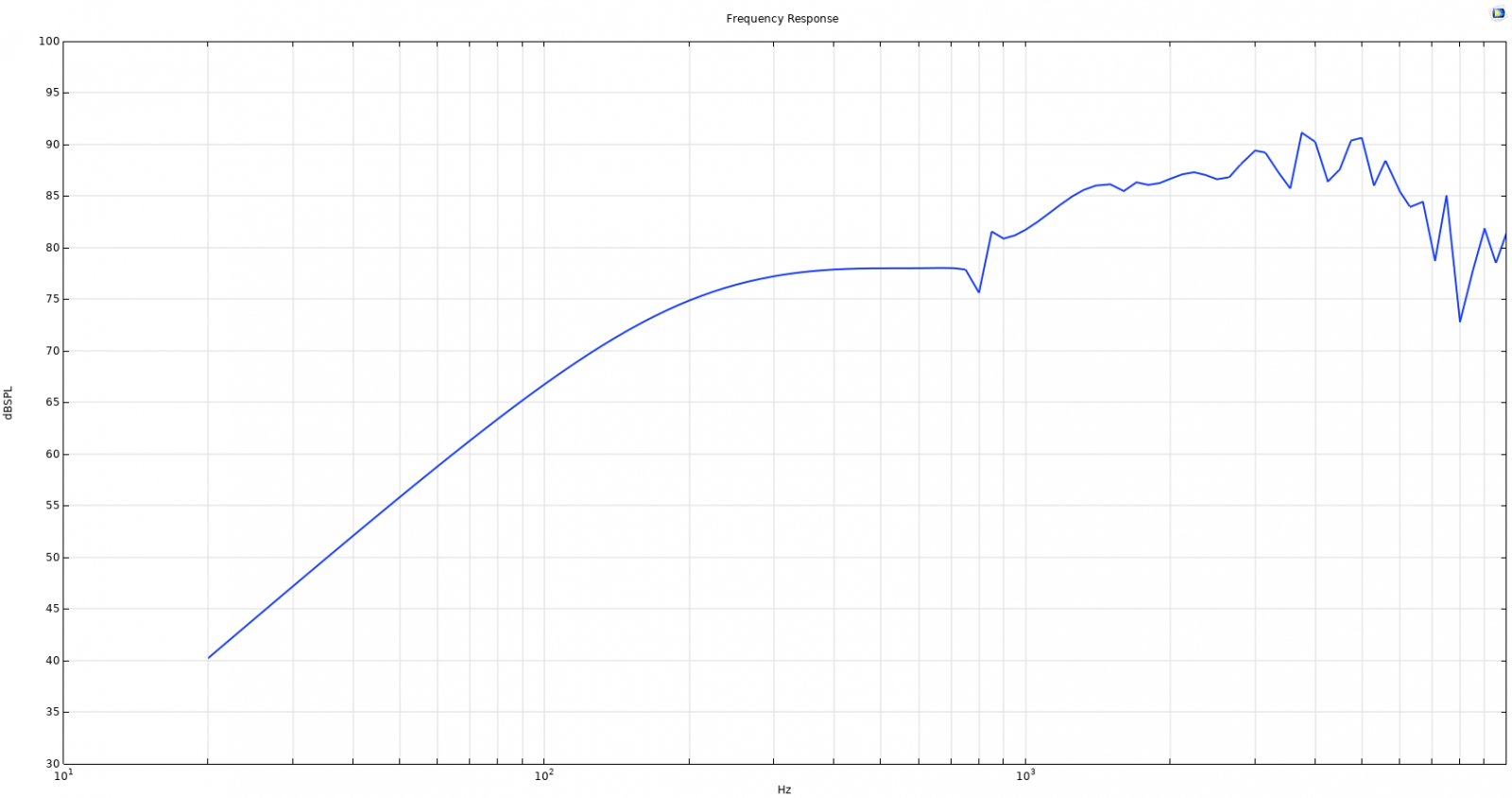 As we can see the resulting frequency response has a glitch around 800Hz. It’s based on a 4pi-without-baffle condition so the S.P.L. at low-frequencies region is smaller than the same frequencies the driver measured by mounting on an IEC standard baffle (2pi-with-baffle condition). That’s because the sound of low frequencies will be reflected by the big baffle then received by the standard microphone. 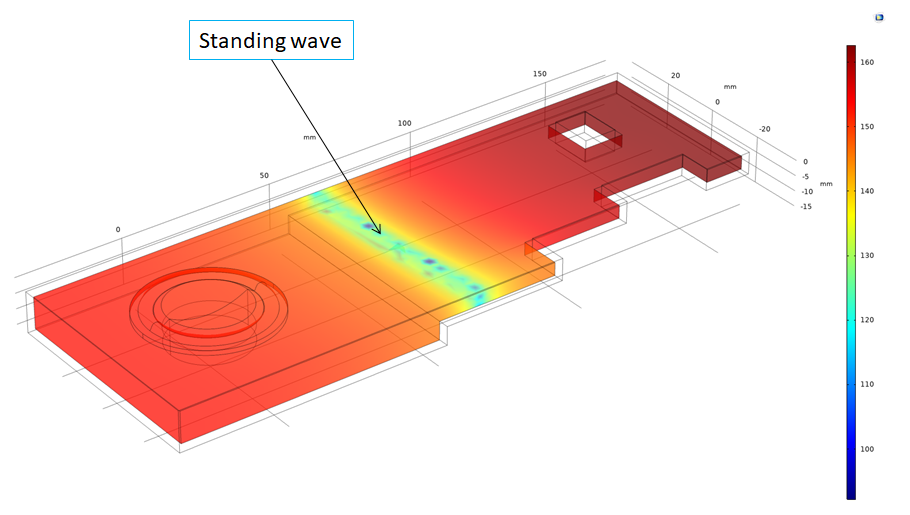 It’s easy to find where causes standing wave if we investigate the sound pressure level spreading inside the box. 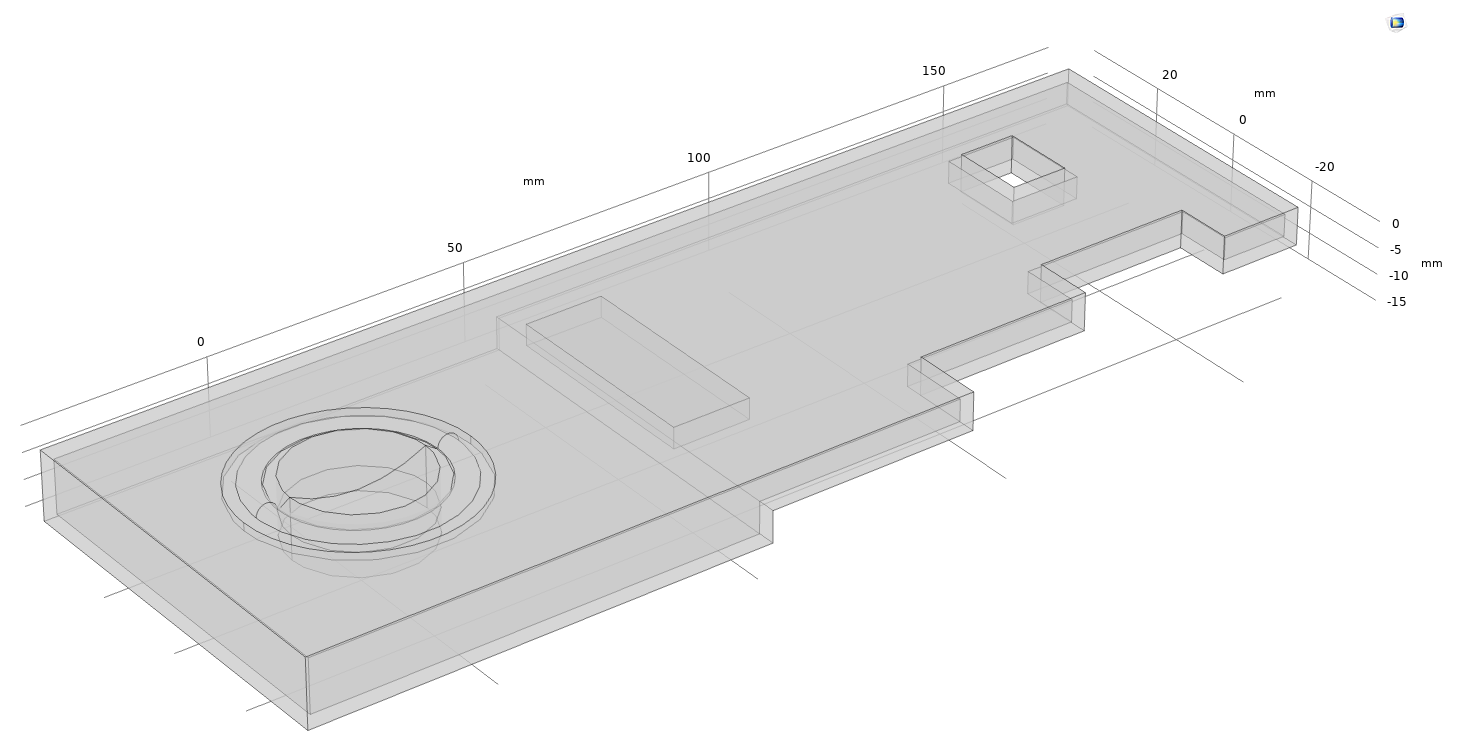 Adding a filling material inside the box to suppress the standing wave, the position can simply refer to the picture of S.P.L. spreading. 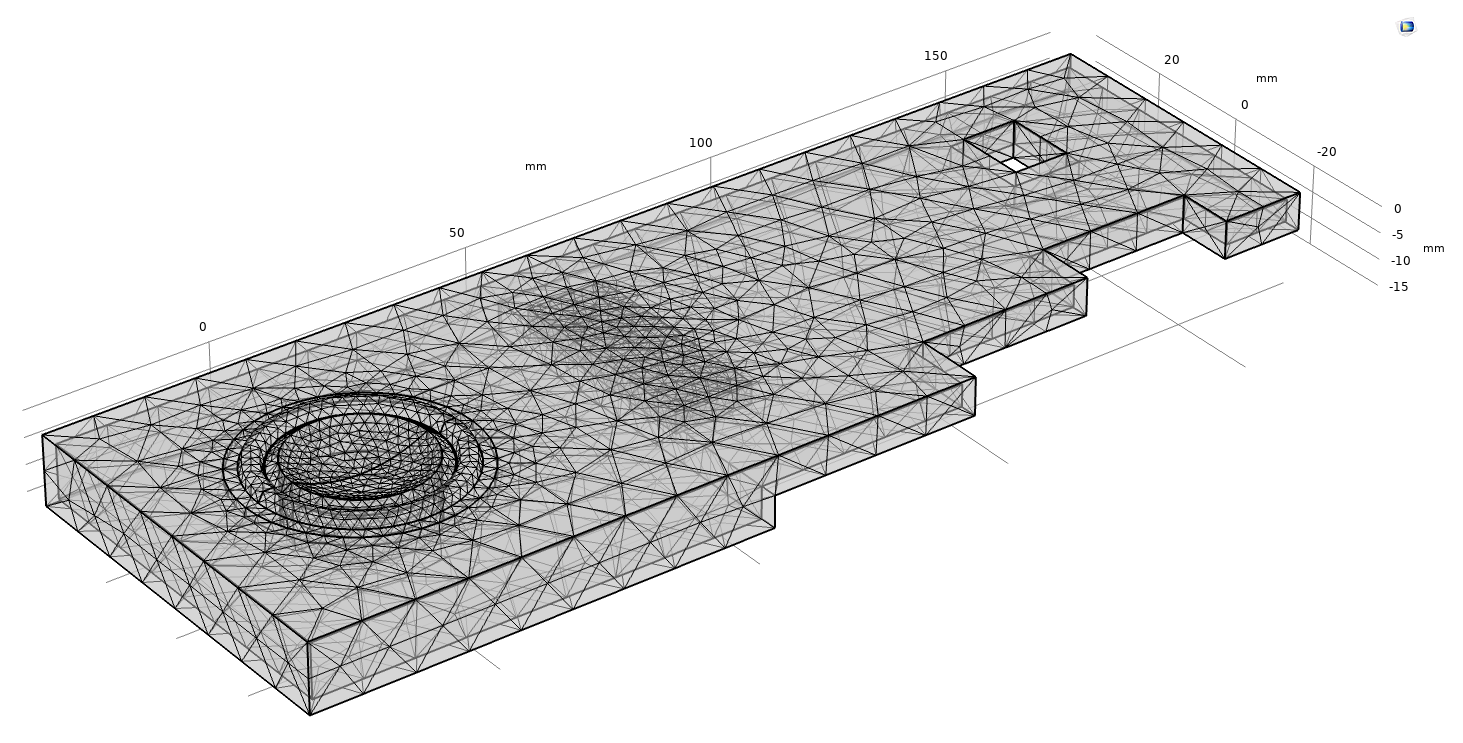 The filling material will be defined with a common ratio of specific heat and porosities, or if there are the specific parameters can be applied to the simulation models. 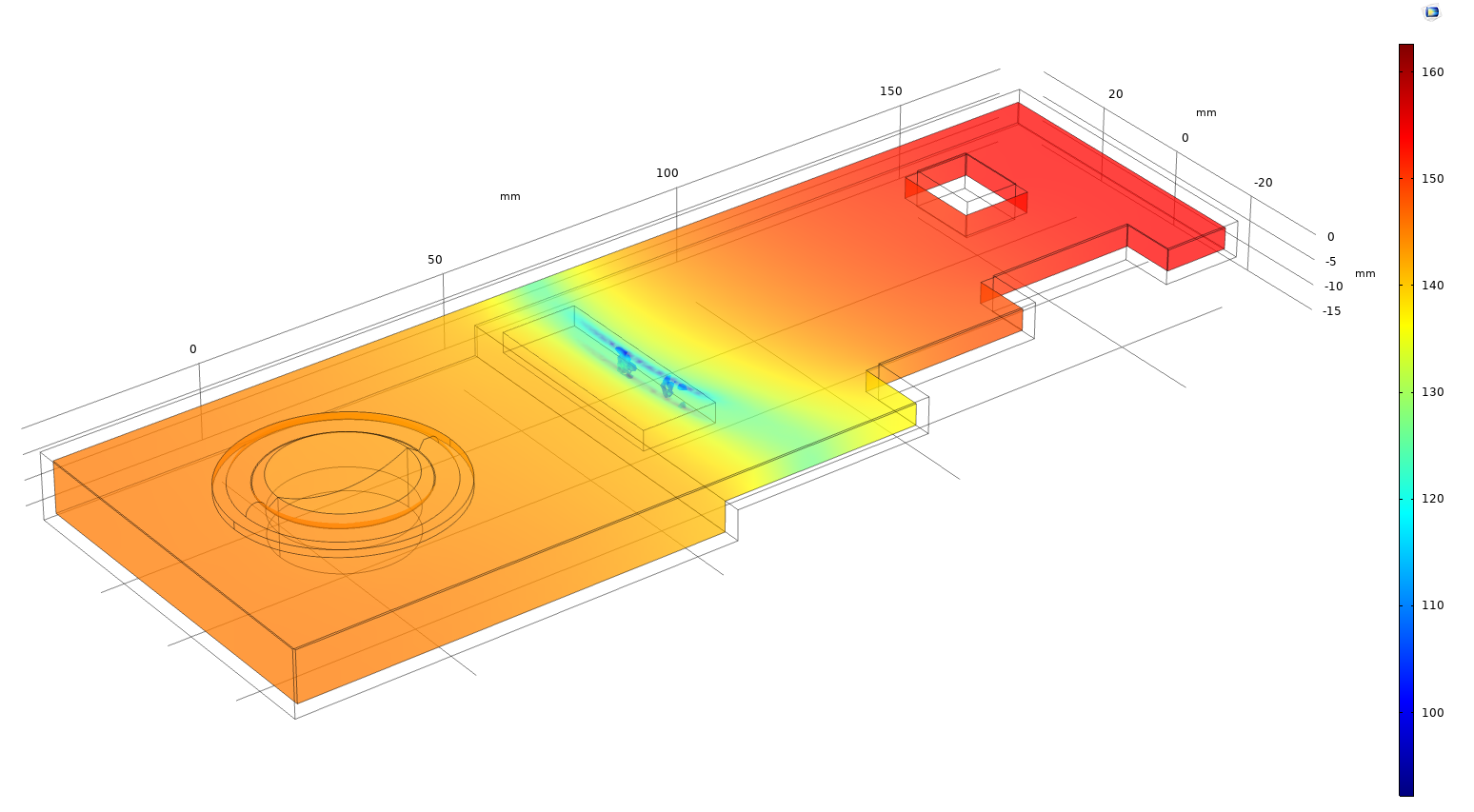 The result shows the standing wave is effective suppressed by the filling material. 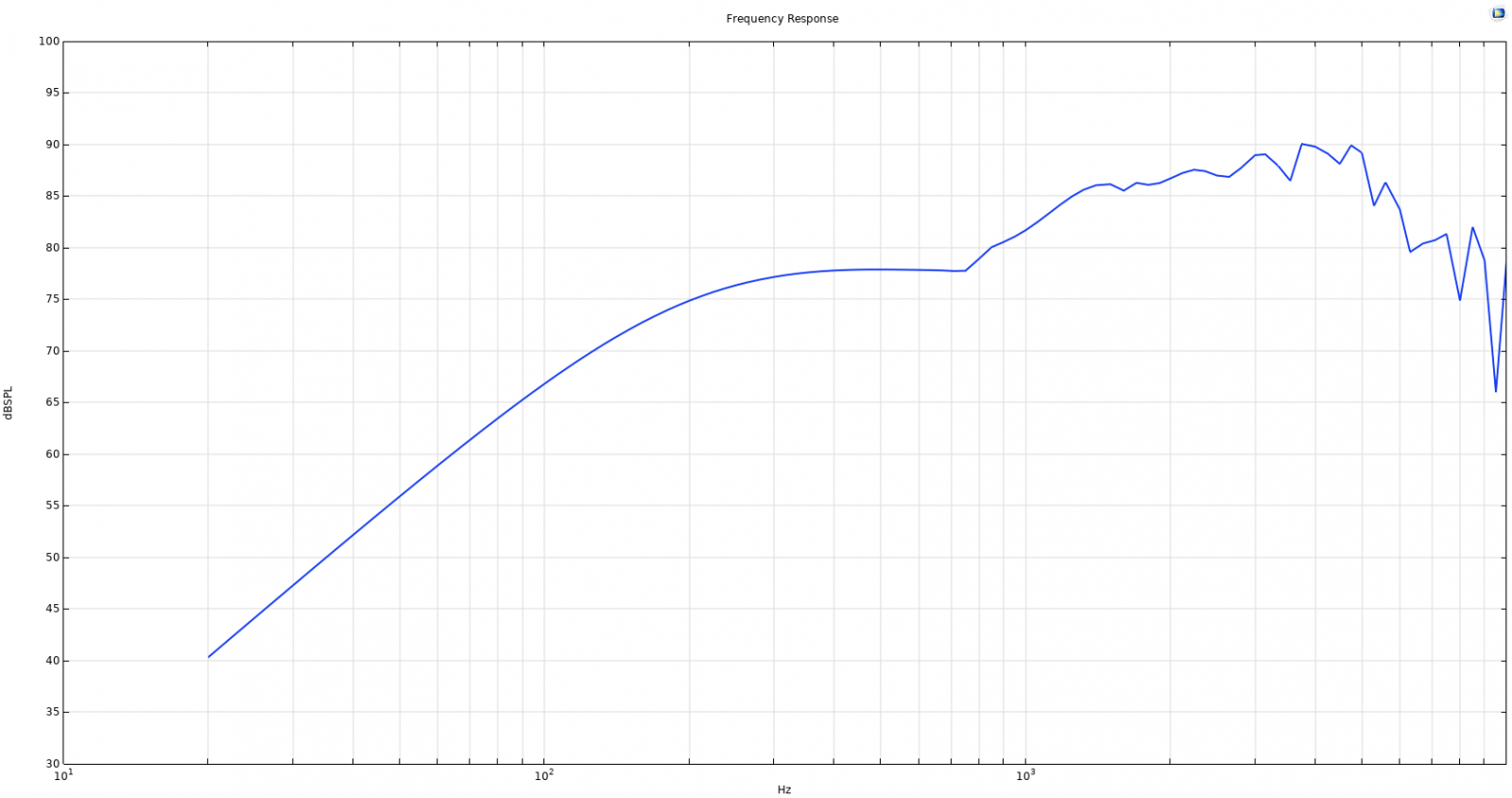 The frequency response indicates that the glitch or disturbance is flattened as well. Applying filling materials to the box which induces a standing wave is not only able to suppress or more precisely say to damp the standing wave but also increasing the box compliance that can extend in-box resonance which means to enhance the low frequencies performance.